Hi Becca Diaries lovers, hope your day is going well. Thank you for always being out there for Becca Diaries, ‘I am, because you are.”

It is the second weekend in March. On the talents segment this weekend, I present to you, Babs Mathew as ‘talent of the week’ .

He is a young film maker who has recorded two international awards in 2019 with his short film “The Honourable “. He is a prolific writer for screen, stage and radio, as his interest is to run commentary on issues that are of social concern and suggest a lasting solution to them.

He has been involved in a number of productions (both for screen and stage) as he functions very commendably with his divers skill as a writer, actor, drummer and even a director.

The young Kogi indigene won the best writer at Nigerian Universities Theatre Arts Festival (NUTAF) in 2018, he was also selected by the Film For Impact Foundation as headed by Bright Wonder (the producer of If I Am President) as a member of the Film for Impact camp in 2019.

He has his quest in nation building and providing solace for the oppressed masses; to that effect, he currently heads his film production company Magic Fingers Film House (MFFH) which has the goal of righting the wrongs and becoming the expected future which he often preaches in his Arts, because like he always says:

“today is the tomorrow we prayed for yesterday”.

THE HONOURABLE is a short film that tells the Nigerian story through a young guy (Bruno) and a Politician (Honorable Safini) as they both tangle around what is “wanted” and what is “desired” in a bid to get to an expected end.

The Honourable was written and produced by Babs Mathew, with yours sincerely, Rebecca Maulome Padonu, as the Executive Producer.

A word for the weekend:

“Become the future that you expect” 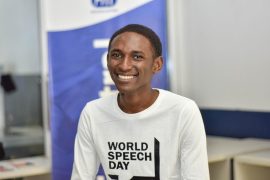 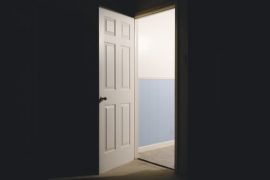