So, I came down with a fore-head-kiss fever and haven’t felt better since then. My uncle is certainly a carrier of many things, this fever being one of them. I suddenly feel cold and nervous whenever I set my eyes on him since the last time he touched me, without my consent.

You see, apart from the fact that I really feel bad and do not want him to do this again, I also don’t want him to think that it’s welcomed, simply because I did nothing and said nothing afterwards.

So, I have been thinking rather deeply recently, on how best to address this issue.

Do I talk to my mum? sister? Friend? Or just keep mute!

“In all you do, don’t talk to your Aunt about it” My inner self emphasized.

These days, I enjoy locking myself up in the room and only come out when necessary or respond to Mautin and Oviyon’s plea for stories.

Last night, while narrating a story to them.

Mautin was full of smiles and gratitude, but Oviyon looked at me as if waiting for me to say something wrong so he could pounce.

Alas! He got his chance

“…and so, he died. Then the other animals gathered around him singing and dancing…Anty Feranmi! You’ve told us this story before”

“We can listen to it again, Oviyon”

“I want another one. I know this one already.” Oviyon said amidst excessive gestures while trying so hard to get up, so maybe his point could stand with him.

Somehow, I have come to accept that Mautin really enjoys listening to me speak rather than the stories themselves. I think she really likes me, while Oviyon is just being naughty, which doesn’t mean he dislikes me anyways.

As I sat there travelling through the solitude of my room. For no particular reason, an event from my secondary school boarding house flashed back. I could remember every detail like it happened yesterday.

That faithful Morning in the girls’ hostel, the girls moved around in such happy countenances. It’s another Open Day and it doesn’t happen every day.

My girls and I were the ones to look out for, trust me. Damilola, Anthonieta, Blessing and I were spots to check on. Our clothes on Open Days were usually the best of all. We always stood out.

Anthonieta is the guru of the group, Blessing the fashionista while Dami is the religious human being. Don’t even bother to ask who I was in the clique, I’m not telling.

Although Damilola at the time, was the newest in the group, we find her religious sense appealing.

But that’s not the main gist.

Somehow, we ensured that our families see us together, creating a sort of bond that surpassed high school relationships. We will all sit together, dine and walk around school until it was time for everyone to part ways.

This we started in late senior secondary school 2, just when the SS3 students were leaving. You will say we have the right timing, right?

If not, our nostrils will be used as trumpets.

This faithful Open Day, the visitors had come and gone. We were in the hostel counting our ruins, when Dami approached me that she needed her 1000 naira note. I stood up to get my waist pouch, where I usually keep my monies, only to discover that it was missing.

Dami assisted me in searching every nook and cranny until it felt like we were actually searching for an office pin.

Soon! It was clear who could have taken the money.

“You can’t be too sure Dami. Let’s search some more”

“We have searched enough. Let’s go get it from Zuriel”

So, Zuriel is the girl everyone goes to once something goes missing – Money, Provisions, Food, Uniform – name it. Overtime, she has been caught red-handed and other times blue-handed.

Without wasting time, no nonsense Dami had moved away from our cabin, to Cabin 8, calling out Zuriel.

As she walked past each cabin, some people joined her to go see what the outcome would be. Our dormitory is a large hall with walls separating each room and a door-opening without an actual door, turning it into a long walkway. The dorm is divided into 8 with two major entrances, each one at the extremes.

This way, you will walk through several rooms to access any other, apart from 1 and 8. For some funny reasons unavailable to the students, the rooms were called cabins.

By the time Dami arrived cabin 8, she had a legion and one behind her.

“Feranmi told you I took the money?” she said calmly

“She doesn’t have to. We all know who you are – Clepto”

“I haven’t gone to your Cabin today”

“How did you get here? Didn’t you pass through Cabin 2”

“And what are the juniors standing over here for? Juniors! evaporate” Rabi screamed.

All the junior students moved away in a speed of light while Rabi and another girl faced Dami. They explained to her that the fact that Zuriel is a clepto doesn’t mean she does all the stealing. They narrated how that they returned to the hostel together and haven’t stepped out since then.

“You may want to check your lockers to confirm.” Rabi concluded.

“You think I’m joking here? I will take your names to the Oracle if you dare joke with me”

At this point, I felt Dami was taking it too far. We all have always mentioned how creepy it is to visit prayer houses or anything related. But Dami was damn serious!

She matched to our cabin, and returned with a notepad and pen.

“I’m taking your names to a man of God. He can tell who stole the money just by looking at it.”

Blessing and I stood there with our gazes fixed on Dami. We do not know what she is up to but as a group we showed support, except Anthonieta, who sat in bed reading a novel, not paying much attention.

Did I mention all four of us stay in same dorm and cabin?

Dami made them all write down their names including ours. Then, she signaled that we leave.

At this point, I knew there was a great problem. First, we are not allowed to go out of school. On few occasions when we did, we had to sneak through a lonely road behind the school library which connects the school to a famous market close by.

What I wasn’t sure of is if Dami wants to do this.

“Are you out of your mind?” I said

“Calm down! I know what I’m doing”

“I don’t have any plans to go there. That was meant to scare them. Let’s wait and see. They will bring the money to us. Who really wants to visit a prophet?”

Just then, we heard footsteps approaching. They are really coming to meet us, and it felt like Dami was right after all.

They must have come to apologized on her behalf and return the money as usual. What a pathetic group of girls.

“So, she wants to return the money?” I asked as soon as they arrived.

“Not at all. She didn’t take your money. I thought that was clear” Rabi responded.

“We will like to come with you to the Prophet. We are interested in this case. We need to know the other thief in this hostel”.

My heart skipped. What have we brought upon ourselves? I am really not down for this and so is Blessing. In fact, Antho remains on the bed, reading and not concerned at all.

“I will come with you” Rabi clarified

“Good. We are not set yet. I’ll let you know when we are ready”

That said, they walked back to their Cabin!

“What do you think you are up to?” I asked Dami

“We will have to visit this Prophet.  If not, these girls will think we are jokers”

“Of course, we were joking”

“We were! But not anymore”

“We are no longer joking” Dami repeated her point, just in case I didn’t get it.

“We are not going to the prophet’s” I told her

“Nobody must hear of this”

“You’ve been there before, Dami?”

“Yes! Once. Stop asking questions. Get us…”

“What if the matron comes around to check on us?” I cut her halfway

“Let’s hope she doesn’t. We should be back before prep. Hurry!”

I am such a scaredy-cat; hardly will you find me getting into trouble deliberately. That was how we got on the journey to the Prophet’s. Three of us with a list, 10 in total, 6 people in cabin 2 and 4 in Cabin 8.

On arrivals, we were told to sit under the tree until the prophet was set for us.

“He’s got so many visitors. Don’t worry he will answer you quickly” A young man addressed us.

Thankfully, he kept to the promise as we were ushered into the small dark room. It was full of colours and I could hardly see. However, at one end of the room is a pile of pictures, mostly passport photos and I wonder what’s happening in the lives of these ones. Just then, the voice of the oldman brought me back to my senses.

“Why are you here, schoolgirls?”

Dami confidently explained what had happened.

“Baba, we want to know who stole my money, then get it back.”

Yes! We have” she replied, handing him the list.

I watched as the oldman made for the Holy Book. The size so big that I marveled. The book so old, even older than the holder.

The holy book was tied up with colourful strands of twine, covering every part of it but you can tell what it is!  – Holy Book.

Then, there stands a huge key at the centre of the Book. Its size, huge enough to carry the weight of the Book.

The man looked closely at three of us and started describing our hostel, mentioning the different halls and cabins by name, including specific features like the two-way entrance and runway design.

We were all amazed by the accuracy of his description. I must confess that whatever he did in describing the hostel made me believe that he will do the right thing. However, instead of getting relaxed, it became more tensed for me.

With both hands, he held on to the key and started reading out the names, while the Holy Book remains still until he got to number 6, where the Book turned. Again, the Book remained still on numbers 7 to 10. He repeated this action, two more times, getting the same result.

“The Holy Book turns on number 6 sir, what does that mean?”

“Hmmmm” the oldman sighed. Without giving any proverb, he went on.

“She hid the money in a textbook on the top of a locker in her cabin” he said and went over it again with the same result.

“If I continue this way and the Holy Book drops” she will experience headache till she dies.

“No sir. Please, it should not drop” I pleaded, almost in tears.

To be continued… wait for Chapter 13. 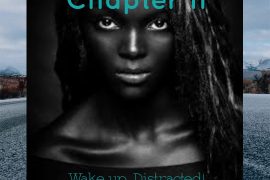 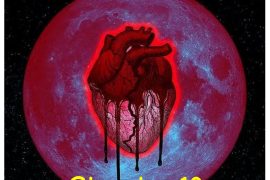 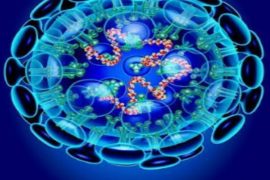